Aureskoski has long traditions in wood processing.In 1864 the first sawmill started the production. It was run by water power and based on the statistic in 1869 the production was 629 logs.In 1949 Kaskisten Puutavara Ltd bought the sawmill. This company was a marketing organisation of 40 different sawmills. The sawmill was modernized and the production crew up. In 1954 it was already at the level of 57000 m3 timber a year. The first drying kiln was built in 1970. In the years from 1974 to 1977 the production capacity at the sawmill as well at the planing mill were increased. But in 1981 the sawmill was burnt down. The planning of a new sawmill started soonest and already in 1983 the mill was running again. Now the production was at the level of 90 000m3 timber a year. In the years 1988 to 1990 there were big investmenst in the further processed lines. Now it was possible to process up to 60 % of the produced timber in the own lines. In 1994 again a change in the ownership. Swedish company, Fagerlid Industrier Ab, bought Aureskoski Ltd. But Fagerlied went bankrupt in 2000 and UPM-Kymmene Ltd bought the mills. In 2004 the sawmill stopped production, but there were investments in the further processed lines. Like in a very effective painting line. Later UPM changed their strategy and End December 2012 Aureskoski mill was closed down.

There has been investments in the production lines, so that we can offer goods for all kind of customers; from basic products into high quality customized products. The production capacity is about 120 000 m3 timber a year. About 50 % of the production is exported, the main markets are Japan, Germany, France and UK. 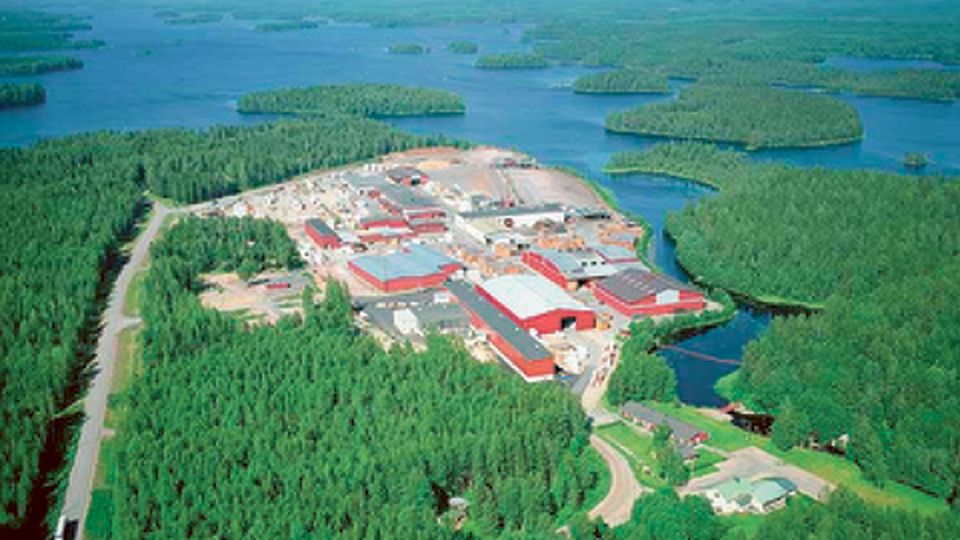